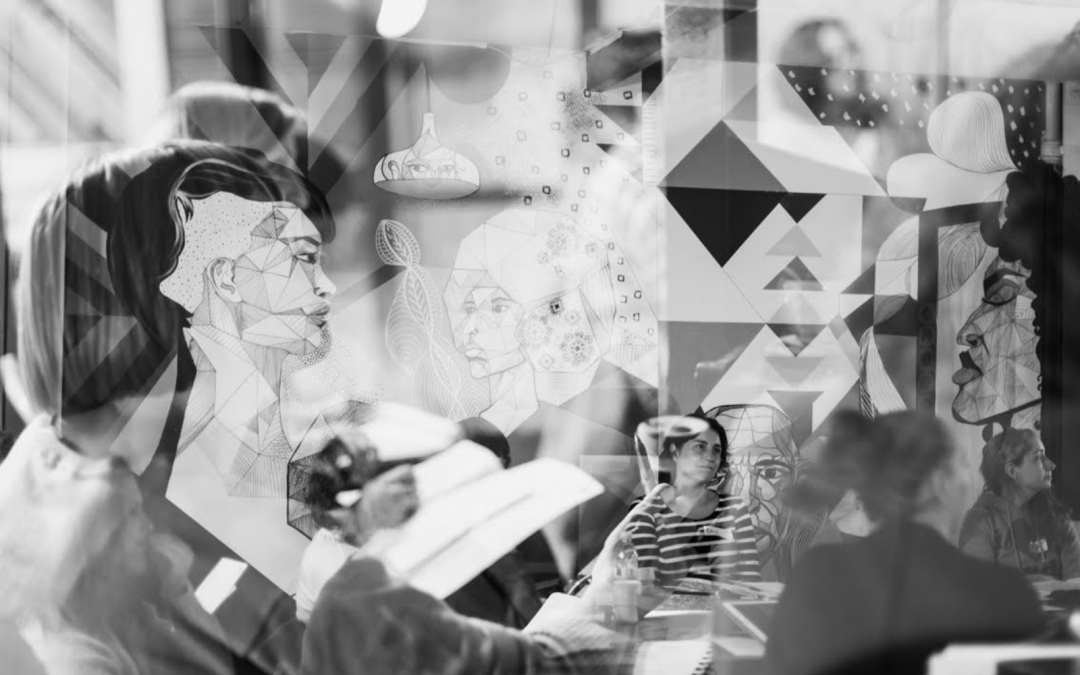 I’ve recently been reading the book Invisible Women by Caroline Criado Perez. It’s been on my radar for a while but I hadn’t got to it, partly because I expected it would make me furious. With the sorry state of the world now, I knew I didn’t have the emotional capacity for any more fury.

It’s hard to see, if you are female, how this book would not make you inwardly seethe and yet there is also something comforting, almost affirming about the hard facts, calmly and sensibly laid out within its pages.  Criado Perez presents her research into the data bias that girls and women worldwide deal with every day in every aspect of our lives. Facts such as we are 47% more likely to be seriously injured in a car accident and at higher risk of rape and sexual assault due to lack of proper sanitary provision, are horrific yet indisputable.

This book is powerful armoury against the gaslighting that so often occurs when women flag up inequalities that we see and experience every day of our lives. Criado Perez vividly reminds us that in western society, we are encouraged, from birth, to see the white male perspective as ‘the norm’.  Once you become aware of this it’s easy to see how we all unthinkingly can play a part, in preserving inequalities. There are many women enforcing patriarchal norms, just as there are many men challenging and undermining them.

One area of huge and persistent inequality that women experience and yet are frequently called out for bringing upon themselves, is the unpaid work of housework and tending to others.

“Globally, 75% of unpaid work is done by women, who spend between three and six hours per day on it compared to men’s average of thirty minutes to two hours. This imbalance starts early (girls as young as five do significantly more household chores than their brothers) and increases as they get older”.

The quote comes from McKinsey the global management consultants in their 2015 report, The Power of Parity: how advancing women’s equality can add $12 trillion to global growth.   This isn’t sour grapes or feminist dogma, it’s what every woman alive knows to be true.  Even if it’s not representative of your own personal circumstances you can see it in society, at every level, everywhere you look.

The caring, nurturing role that supports health, wellbeing and social connection and is the underpinning of society, is still largely taken on by women. It is also invisible, undervalued, underpaid or not paid at all.

We are making progress

As well as throwing a light on the myriad examples of women and their needs being systematically ignored, Invisible Women is a brilliant collection of case studies where a different approach has been taken. Public transport systems that have been redesigned to account for women and how they typically use them (trip chaining). Urban regeneration projects which create spaces that will be equally used by boys and girls.

All of these things represent real progress in the fight for equality between the sexes and importantly recognise that equality is just that. Not one is better than the other, but everyone, if not the same, is as important, as valued, as worthy of having their needs and considerations accounted for.

I’ve had all the advantages of life. A good education, a stable and loving upbringing, a safe and comfortable home. I’m aware of my privileges and trying hard to open my eyes and my mind to the experiences of so many who have not had my good fortune.

For all this, I don’t accept, as has been suggested to me, that I have benefited from the patriarchy. I don’t accept that the world is designed to work for women. I don’t accept that we’ve achieved equality.  Yes, there are women in positions of power, women who have real influence and are leading the way and modelling a different kind of leadership. But these women are doing something remarkable and succeeding in spite of the challenges they face in a male dominated world. They have struggled and made sacrifices and had supportive partners who have been willing to pick up the slack and possibly sacrifice their own careers.

Use your voice, claim your power

I’m not being trite. Solving gender equality will not solve the world’s problems, but I believe it will go a long way. I also know that discrimination and inequality are not issues exclusively faced by women and girls. Taking my cue from Hollie McNish the poet and author who is frequently trolled (we have to assume by men) for speaking up about women’s experiences, I speak about what I know, from my own life experience and the perspective this has given me.

I encourage everyone to do the same. Know your facts, use your voice and claim your power.

Thanks to Caroline Criado Perez and remarkable women everywhere who continue to argue the facts, agitate for change, and advocate for all women and girls. Or as the author herself says, “keep on being bloody difficult”.