Matriarchy: Formula for the future or outdated concept? 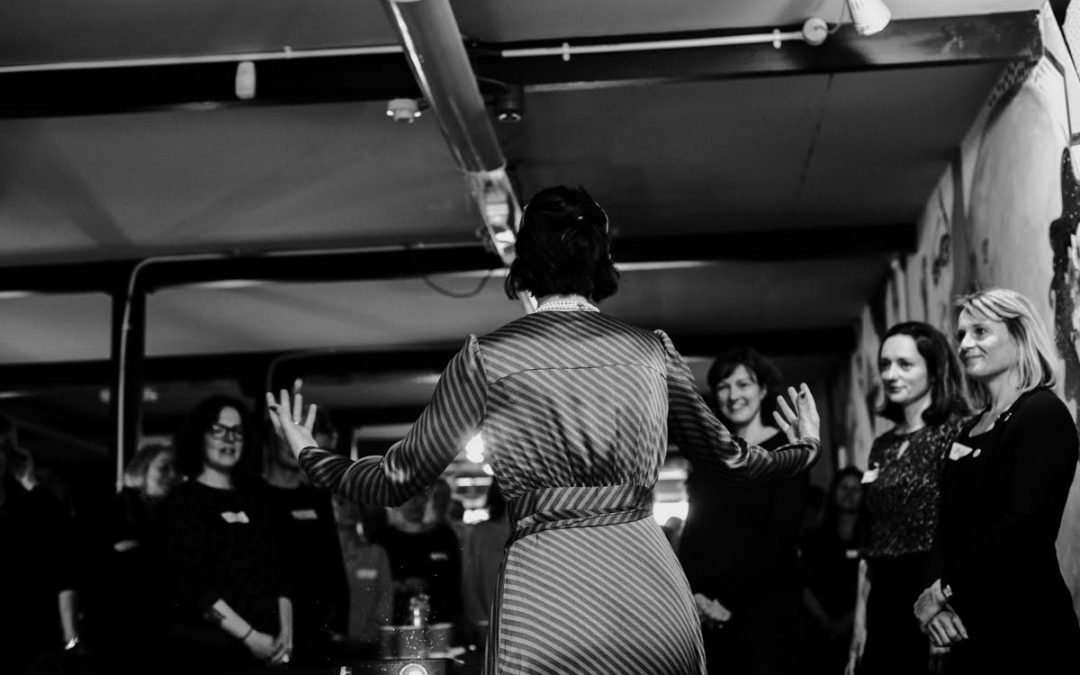 What does matriarchy mean to you?

When Dani was asked to speak at Creative Mornings Edinburgh on their global theme for June of Matriarchy, it made us stop and think about that word and what it even means in this modern age.

I realised that the word matriarchy, like the word patriarchy, doesn’t have positive connotations for me. As power structures, led by either women or men, it feels like a backwards concept, exclusive and divisive.

When I think of a Matriarch, I think of an elderly woman. She is centred in a home or domestic environment. She is not dynamic or exciting, but solid in physical presence and nature and slightly foreboding. Patriarchy is represented by a male, he is also older, and white. Neither is welcoming or someone I would seek out for support or guidance. I don’t recognise myself in either of these figures.

The old concepts of matriarchy / patriarchy deny men and women and everyone on the spectrum of gender diversity the opportunity to be themselves.

It suppresses people, it doesn’t support. It dictates how we should behave, whom we look up to for approval or guidance. It perpetuates tired and oppressive ways of doing things. It keeps people in their place and stops them from pushing boundaries.

It’s time to reframe these outdated ideas. We need less polarizing ways to talk about issues around gender and power. Despite what most men I know seem to think, when feminists talk about smashing the patriarchy, it does not mean smashing all men.

Not all men and not all women either

That’s not to deny that the systems and structures and ways of doing things, over centuries, have been designed by men, for men.

I believe this is plain fact and not up for debate.

What I think is up for debate is that this has only put women and girls at a disadvantage.

It’s well known that adolescent boys and young men are at particular risk of suicide and that this may be in part explained by the pressure on them to conform to so called masculine norms.

I can think of lots of examples from men I know and love, resenting the masculine roles they feel have been imposed on them. The merchant seaman away from home for months at a time, chastised for ‘lack of moral fibre’ for missing his family. Emotionally stunted relationships between fathers and sons perpetuated across generations. The stay at home dad who feels isolated and disconnected. The teenage boy who, against his nature, has to learn to fight to defend himself.

While I know it’s a gross generalisation, boys have grown up believing they have to behave in a certain way, that to show emotion and empathy is weakness, that the only way to lead is to exert power over others.

When women, in small numbers, started to take up leadership positions, they often felt they had to copy the alpha male behaviours of their colleagues, suppressing more ‘female’ qualities of empathy, collaboration and compassion. Mary Portas talks about her own experience of this in her book, Work Like a Woman and I wrote in a previous blog about my own conflict with how I felt I ought to behave as a girl when I was growing up.

The future has no gender

For me the future for matriarchy and for feminism is in women and men modelling a different kind of leadership by challenging the old ways of doing things. We can acknowledge that yes, some men have decided how the world would be run for centuries, but this has not resulted in a world today which works for everyone.

If women and men were equally valued in their roles as caregivers as well as their roles as providers the world could be a better place. We wouldn’t need to pitch ourselves against each other in endless competition, feeling threatened and defensive.

Here’s a perfect example of how easily these conversations get defensive and then the point is completely lost. We posted on the Keystone Instagram feed this week, inviting our followers to imagine a society in which women share the key decisions that shape our culture and society. Almost immediately we had men commenting in a way that suggested that we were threatening men and proposing that women are somehow superior. We were not, we were simply suggesting that these roles are too important to be left to just men or just women. That the world today needs a balance of all voices.

Typically ‘female’ qualities such as collaboration, communication, compassion and empathy also exist in males, it’s just that traditionally these weren’t valued as male traits and so from infancy boys and men weren’t rewarded for displaying them.

It’s clear that continuing to hold these debates using the old language of matriarchies and patriarchies isn’t serving any of us.

It’s time we played down biology and instead work towards honouring our collective humanity, by acknowledging our strengths, our fallibilities and vulnerability. For me, it’s the only way we will ever achieve true equality.