How relearning to swim taught me the power of breath, mind and body 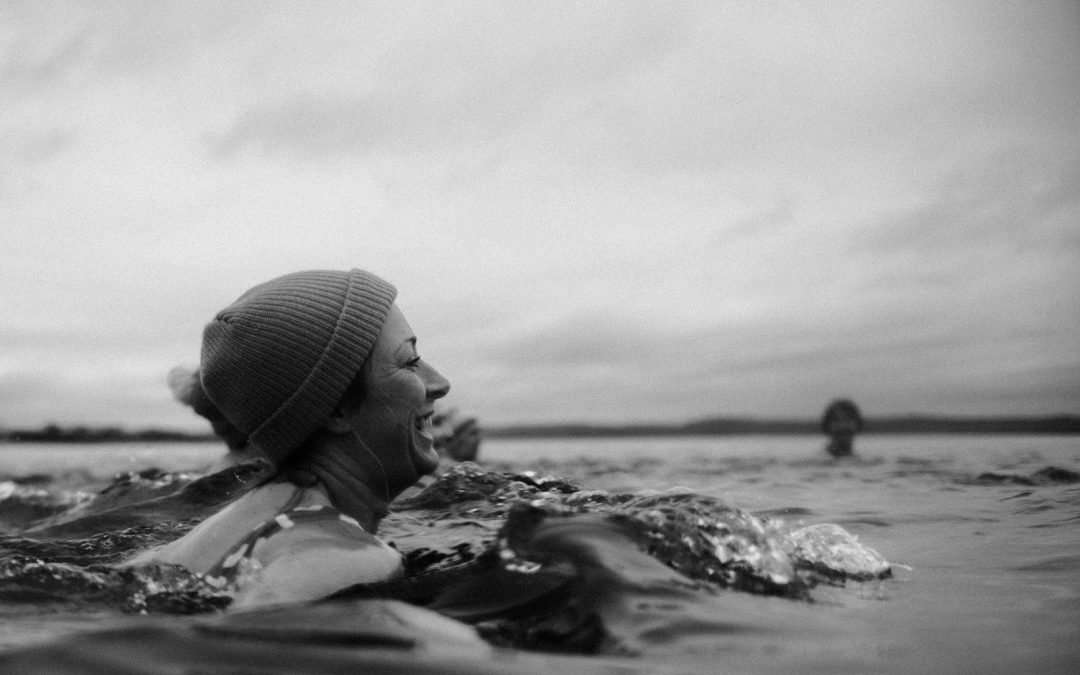 I learned to swim almost before I could walk but it was relearning to swim at 40 that taught me the most.

I was always confident in the water and every summer would gamely throw myself into the sea, lochs and rivers around where I grew up.

Weekly school swimming lessons were a poor substitute for what would now be called wild swimming. I mostly remember clammy changing rooms, dodging hairballs and discarded plasters. The reward was a packet of vending machine crisps, before getting back on the school bus.

My older brother was in the swimming club and would travel to compete in galas. But for some reason my formal swimming teaching never extended beyond breaststroke and so that stuck. I was never able to master an effortless front crawl and would find myself out of breath and exhausted after a single length.

In my 20’s and early 30s, snowboarding was my passion and then I took up surfing. Apart from the occasional yoga class I did very little in the way of organised exercise, fitness was simply a byproduct of being young and doing fun stuff. I took it for granted.

Then, when my children were born, I was at home full time and my every waking moment was dictated by their needs and routines. Exercise became an escape route, a way of reclaiming a bit of me at the end of a long day at home. First running, then bootcamp and strength training. Eventually, like many middle-aged people who’ve rediscovered exercise, my interest was piqued by triathlon. Here was a sporting challenge I thought I could rise to. Triathlon offered variety, entry level sprint distances and at the amateur level at least, seemed a sociable and welcoming sport.

However, I would need to learn to swim front crawl.

And so around 40 years after first learning to swim, I went back to swimming lessons and something unexpected happened. Learning to swim proper front crawl changed my relationship with swimming and opened up new possibilities for fun and adventure.

The triathlete phase of my life was short lived. Having satisfied myself that I could actually complete a sprint triathlon, it didn’t make me want to do more. The logistics and time involved to train, not to mention the cost of taking part in events took the shine off for me. And as far as competition goes, well I’m only ever competitive with myself.

What I thank triathlon for is that it marked the beginning of a deeper more meaningful relationship with swimming and cycling.

There is something very meditative about swimming, We know how important breath is to the body and mind. To swim well, you must learn to breathe properly, exhaling fully under water, ready to inhale deeply when turning your head to breathe. The breath is full but also effortless. Finding your flow when swimming front crawl happens when your breath is perfectly choreographed with the reach, catch, pull of the freestyle stroke. Once I’d mastered this flow, I found I could swim length after length. I would get utterly absorbed in the repetitive movement and the feeling of moving with strength and (somewhat) grace through the water, my brain and body saturated with endorphins and oxygen. Swimming became my meditation.

Once I’d mastered swimming in the pool, and as I live just minutes from the sea, it was only a matter of time before I took my new skills into a different environment of open water.

A group of friends were keen winter swimmers, swimming all year round, without wetsuits and one October coming up for 3 years ago I decided I wanted to know what all the fuss was about. After that first swim I was hooked and continued to swim all through that winter and beyond. We wore swimming costumes, wetsuit boots, gloves and bobble hats. It was too cold to put our heads under but there was plenty exhilaration from immersing our bodies in the freezing cold water, particularly when we swam at dawn under the most incredible rosy gold sunrises.

Gradually new swimming challenges were ticked off the list, first front crawl in the pool and then winter sea swimming, now it was time to put the two together and start distance swimming in open water. I took another course and signed up for an event on Loch Lomond to test my mettle.

Then one evening last winter, partly in reaction to lockdown frustration and emboldened by wine, I signed up for my biggest swimming challenge to date, to cross the Gulf of Corryvreckan on the west coast of Scotland. Thanks to a unique combination of tides, geography and topography, Corryvreckan is renowned for being the world’s third largest whirlpool. George Orwell famously almost drowned there with his young son when he was living in a remote cottage on the Isle of Jura and writing 1984. Due to bad weather, the swim ended up being cancelled two days before it was to happen, but not before I’d realised the significance of the mental challenge I’d taken on.

Launching yourself into deep tidal ocean waters is enough to make any mortal being feel small and powerless. It would be all too easy for the mind to take over the body, inducing panicked shallow breathing, something that can happen to even the most experienced open water swimmers.

Breathing is the key to calming down the parasympathetic nervous system, giving the rational mind a chance to kick in and your body to get on with what it knows how to do.

In the weeks leading up to the day of the swim, as well as swimming regularly in the sea and pool, I started practicing breathing techniques as part of my preparation. I knew I would need the right mindset, to complete the short but intense crossing in the 40 minute window of slack tide, and to keep on swimming, steadily, surely, until I reached the other side.

I felt quite low for a couple of days after the swim was cancelled as the adrenaline that had obviously been building in my body gradually ebbed away. I realised I hadn’t ever felt so thrilled, excited and nervous about an event.

Although I didn’t get to swim the Corryvreckan this year, the experience of preparing for it was a reminder of how important the link is between breath, mind and body. I plan to make breathwork a regular part of my wellness rituals, having already felt the benefit of even a little mindful breathing to my sense of wellbeing.

It was also gratifying to reflect on how far I had come, given that 6 years ago, I couldn’t swim a length of my local pool front crawl. And even more satisfying, I’d achieved this in my 40’s. I was no child prodigy club swimmer or even a particularly natural athlete but I had a willingness to learn and enjoy the process.

I wonder what lessons I can take from this and apply to other parts of my life. Too often we accept the narrative that if you want to learn to do something you have to learn young, or that we are somehow born with our skills and abilities, you either have it or you don’t.

In actual fact, anyone can learn to do almost anything. A Beginner’s mind requires an open mind and dare I say it, an ability to put ego to one side and suspend your fear of failure. After that it’s just about being intentional and then you’ll making slow but steady progress.

I’d love to know, what will you learn next?