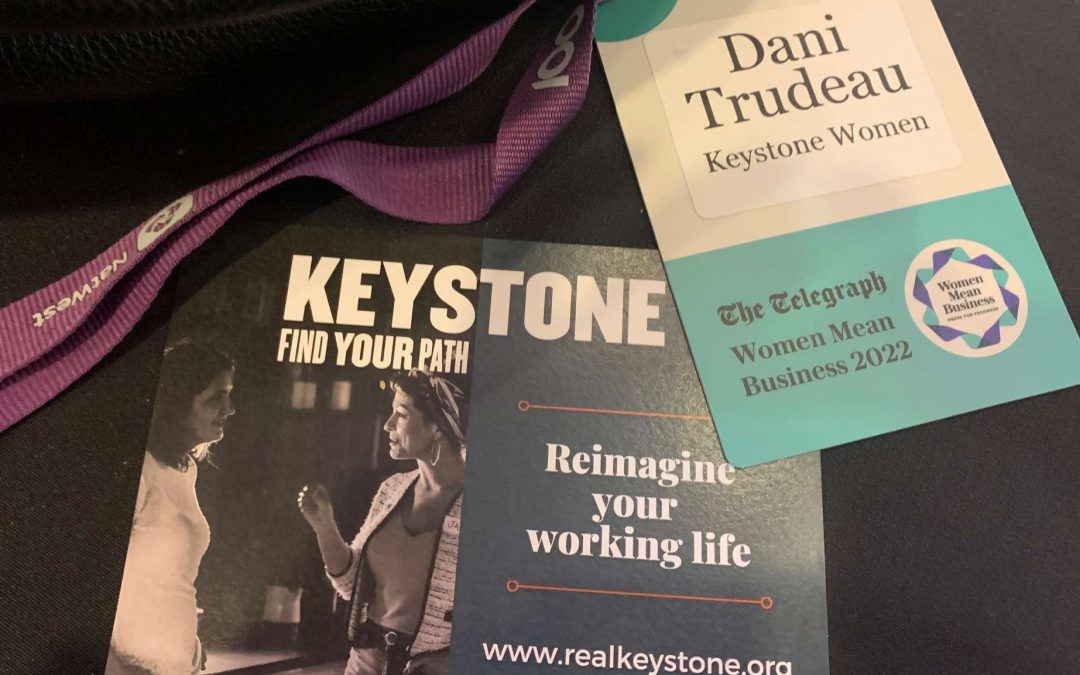 We had a great time in London last week at the NatWest and Telegraph, Women Mean Business 2022 conference. I was lucky enough to be one of the top 100 female entrepreneurs to watch in the UK. With this, came a Parliamentary Reception at the House of Commons and a full day’s conference at the British Museum. I have noticed when I talk about it, there is a real mix of wanting to share and also being a bit embarrassed.  Don’t get me wrong, it is an honour and with over 800 applicants, it felt great to be picked by an impressive panel of judges. Thinking about these feelings over the past week, I think the embarrassed part is because it feels a bit uncomfortable knowing that some people will see this post and start comparing their own successes. It is human nature and somewhat unavoidable, especially when someone is not exactly where they want to be, seeing another can trigger insecurities. We also quickly forget that one post doesn’t show the 4 years of work, the failures and the struggles.  Awards are great for celebrating but they are also just a moment in time and the truth is, they are really about just about putting yourself out there. You win some, you lose some. 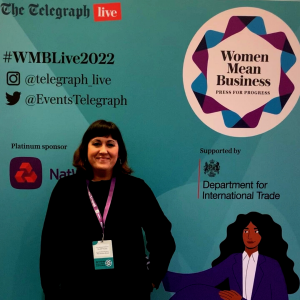 There were several panels of people speaking, including Trinny Woodall from Trinny London, Marcia Kilgore, serial entrepreneur and founder of Flip Flop, Soap & Glory and Beauty Pie, Nishma Patel Robb, Brand and Marketing Google UK, Chika Russell of Chika Foods and Pippa Wicks, executive director of John Lewis. These women stood out to me. They knew what they were talking about but they were also weren’t afraid of revealing their human side. They had a confidence about themselves that only comes from years of experience.  Nishma commented about being a woman in business and said;

“We need to learn more about the stages of being a women. There are many stages and we don’t talk about it and that is so related to confidence. Having a presence, and continue to grow and learn is a skill and it can be taught. With confidence, you can then challenge the social perception around self promotion.”

Chika Russell of Chika Foods started a business in which she wanted to create more equality. She said,

“Let’s not act like men, let’s act like women. How do we change a culture where female skills are not as valued?”

I think that is the real challenge- it is hard to get ahead in a system not created for you. I appreciate it isn’t that way 100% of the time in all industries, however, there were enough conversations about women not getting taken seriously, talked over, left behind, left out and bullied, just at the conference, it’s evident to me that there is still a lot of change needing to happen. Bullying still seems to be a rather common strategy for leadership- which doesn’t serve anyone but we have sort of gotten used to it. We see it all of the time, in business, in politics, in ‘celebrities’ and other role models. I couldn’t agree more with Jane Shepherdson, former Head of Topshop, who was also at the conference, said;

“If you have to bully someone, you’re a hopeless leader.”

In an interview with Pippa Wicks, she comments about aggressive women;

“Does she think women who are assertive lose out? She pauses. “Unfortunately there are stereotypes. If, as women, we keep it really fact-based and calm, it will lead to people reacting to us positively… You want to encourage somebody to want to be with you and on your side. Not to be accusatorial. ”

This wisdom is hard won, Wicks is now 60 and has been a senior leader for 30 years. “When I first started out as an executive, when I was 29, I was the only lady on the executive team. Now the majority of the members of my executive team are females and it’s much better.”

What are her tips for reaching the top? “It is important to be fresh so I stop work at 6.30pm every night to be with my husband. When my son was young I was always home at 6.30pm and we’d prepare veggies and watch Winnie the Pooh. Then, if I needed to, I’d resume working later online. I thought of those two-and-a-half hours as a kind of late lunch hour. I’d also do school drop-off. Putting limits on my working day made me more efficient, focussed on priorities”. She adds that when her son was at school, “I worked flexi-time, where I did a four day week in the holidays then more in term time”.

What does she do to switch off? “I walk, I cook, I love music and go to the concerts and opera. I love box sets. I hang out with my family.” (She has a son, stepchildren and five grandchildren.) “I have a very close group of old friends which dates back to university and I make sure I schedule holidays 18 months in advance so they don’t clash with mine or my husband’s [Martin Taylor, a former boss of Barclays bank] board meetings.”

I think my thoughts are still forming and I am left feeling a real mixture of feelings. On one hand, it was great to share experiences and businesses with so many women.  On the other, I really just want to drop the female in front of entrepreneur and talk less about our outfits. I want to talk about good, purpose-led business! What gets me most excited are the ideas, the passions and the creative problem solving of enterprise. What I also admire, is how we can confidently showcase our human side, and not leave our values and kindness at the door to get ahead. I found myself clutching at any small mention of this way of doing business. Pippa talked about it through her initiatives like renting clothes through John Lewis. She talked about wanting to be more responsible to the planet but also the misery that consumerism can inject on people. Which is brave coming from a woman who is a CEO of a department store. There was a big article from the Telegraph, Want to get ahead in business? Be like a woman, which interviews several top women in business. Like the conference, it left me full of conflicting thoughts. Have a read, would love to hear your thoughts on the piece. I did like what Helena Morrissey, CEO and Founder of the 30 Per Cent Club;

“To help more women become leaders, we females in companies are often sent on “assertiveness training” – teaching us how to be more like men, so that we can learn the traditional male model of leadership. But that is such an old fashioned approach and increasingly less relevant now. Today’s world is less “vertical”, less command and control and much more networked. It is important that we are valued for ourselves rather than being seen as a poor relation, or imitation of, men.

The neuroscience backs up the intuitive argument that women and girls are – on average – more empathetic, more collaborative, more emotionally intelligent. While men are more systematic. We are equal but different. Of course there are plenty of exceptions – and I would argue many female leaders have become more macho than the men in order to get where they have. There is no point in having diverse teams at the top if no-one is allowed to utter a different kind of opinion, we have to be open to different points of view.”

I agree with Helena and think this is where women can shine. It is not about being more of what has come before, it is about finding ways to do things better, drawing on the natural tendencies you have as an individual and valuing more than the status quo. Anne Boden, amazing CEO of Starling Bank says it well;

“In the workplace, women are like boiled eggs. We’re either too soft or too hard – never quite right. I don’t believe that change for women will come by embodying the perfect balance of “feminine qualities”; it will come from changing the system.

Our current system still stacks the odds against women. We earn less, secure less investment and receive fewer opportunities to develop and lead. The way that I act as the leader of Starling Bank, therefore, is by disrupting this status quo and creating a workplace that is equal for all genders.

There isn’t just one solution here. Women need to be paid fairly, they need access to company benefits and a culture that supports them, and they also need access to opportunities that boost them into leadership and technical jobs that are valued and highly paid.

The more we create a system that works for women, the less women and girls can worry about how they fit into the system.”

The more we create a system that works for women, the less women and girls can worry about how they fit into the system.

I think that is my biggest takeaway. There is nothing wrong with doing things differently, it can be an asset in fact. It is the systems which need to change. Seeing more female leaders is important.  Also stepping outside of yourself makes it easier to not compare your story to someone else’s. Cheering people on actually improves your relationship with other people, and it can help you flip your own mental script of seeing their win as something to inspire you—not send you into a comparison spiral. So I am glad I celebrated this occasion, the  experience has helped me to connect deeply with what I want to do and why I do it. ‘Create a system that works for women’