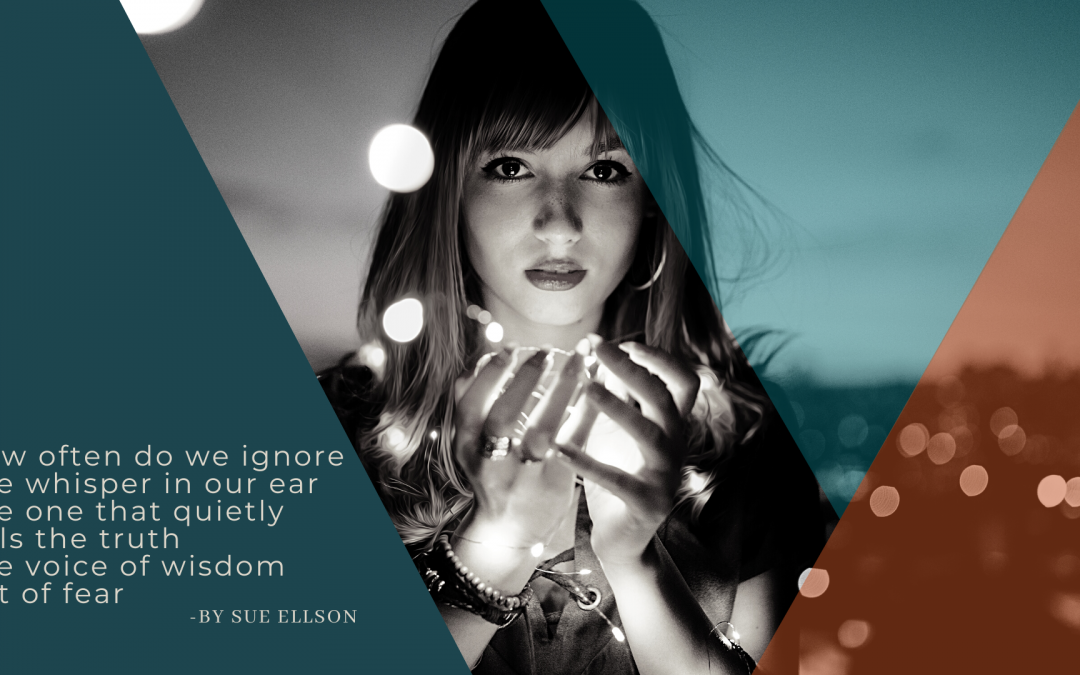 On our recent group coaching call, someone said something about feeling into their body after a particular tough couple of weeks. They described themselves as feeling hollowed out by their current obligations but how they were using that feeling as encouragement to make a change. Those bad feelings were the impetus of their transformation; their shift from a 20 year long career to something new and unknown. Instead of getting overwhelmed with the negatives, they used that to fuel the inner work and their exit strategy.  If that is woo-woo, we all should want more woo-woo. To me, it sounds like wisdom, inner knowing and courage.

Paying attention to the signs and signals your inner self sends you, isn’t easy. Instead, we often rely on ignorance for comfort. We somehow convince ourselves that change will somehow come without doing the hard work or making the difficult decisions. How many people are doing something they felt called to do? Does your career reflect who you are and your values? According to a global poll by Gallup, out of the world’s one billion full-time workers, only 15% of people are engaged at work. Leaving a significant 85% unhappy at their jobs. Yet, at the same time, so many people decide that kind of big change is too hard and shy away, or completely ignore, those internal messages. That is because big changes are difficult, even when they are for the best. It is real bravery of the 21st century. Spending time with who you are, where you feel alive and then turn those feelings into action takes real courage and inner confidence. Which is why, I believe, it is easier to call that kind of inner work and wisdom as woo-woo. It quickly dismisses it; planting seeds of doubt or legitimacy so anyone too scared to look deeply inside is relieved of its pressure.

The power of the Moon is the stuff of legends-and science.

If we know that self development is key to our success, why do we shy away from some of the tools? Seasons, cycles, stars, gut feelings, meditation, breath work, the moon- they all help us get in touch with something elemental that holds all kinds of wisdom. That can impact our sleep, increase violent behaviour, impact our mental health and menstrual cycles.  All these and more have at one time or another been associated with the Moon. From the smallest behaviour change to big mindset shifts, there are all kinds of ‘alternative’ practices for deeper understanding of one’s self and the world.  And looking to the natural world and its knowledge makes sense. After all, most of the elements of our bodies were formed in stars over the course of billions of years and multiple star lifetimes. These elements were flung into space as dust and gas (stardust). Eventually, they coalesced to become part of a new forming solar system and our planet Earth. Because you are made from matter from the Earth, you are made of stardust from old supernovas. So turns out, you are bits and pieces of star and cosmic dust and that is not woo-woo, it is pure science. It is of us.

Ignoring these things makes the least amount of sense.

More and more often, I hear people talk about how their health was impacted by their unhappiness at work or in a relationship. The longer they ignored those internal messages, the louder their body tried to get their attention; through fatigue, illness or pain. We (much of the western culture,) like to separate the physical body from the mind and emotions. However, quantum physics and other progressive fields of science have proven that we don’t stop at the edge of our physical bodies. We’re energetic beings our and our energetic field extends metres beyond our physical body.  We find ourselves now, scientifically backing what spiritual leaders have been teaching for thousands of years.

According to Dr. Kate De Jong and her own research, the two most mind-blowing discoveries in Quantum Physics are;

1. The Double-Slit Experiment: Your Thoughts Influence the Environment Around You.

As I understand it, matter can exist either as a wave or a particle. Things in the past have become particles, but future possibilities exist as both waves and a particles, and your thoughts determine what it will become. In the famous Double-Slit experiment, it seemed that the person observing the experiment had an influence on the result of the experiment. Apparently, our thoughts have an energy field that impacts matter.

During experiments in Quantum Physics, it has been found consistently that the behaviour of waves and particles is influenced by the observers in the experiment. This has led some scientists to suggest that we have the ability to influence our reality through our thoughts and beliefs. Every thought and belief impacts the field around you. You can change your reality and all future possibilities through changing your thoughts.

2. There is one intelligent consciousness that permeates and connects the whole Universe.

Known by many names, like the quantum mind, Unified Field Theory, The All, God, universal consciousness, ‘Ki’ in Japanese, ‘Chi’ in Chinese, ‘Prana’ in India – whatever you want to call it, it’s no longer just a philosophical, unproven theory on the fringe of metaphysics. It is now proven that there is one intelligent consciousness that permeates the whole Universe this all-powerful, ever-present, omniscient force also exists within each of us, including you.

I refer to it as the Universal Energy Field. We have the power to access this field through meditation, quiet time and reflection, prayer and connection to nature. Accessing the field can have these profound impacts (from the EOC Institute):

When you care about yourself, you connect better with others and the natural world and this is important for us all.  We can no longer start and run businesses solely based on profits. Values and purpose led businesses are the only way forward. So how do you cultivate your internal wisdom? Asking that question is a start if you are prone to cast all internal searching as woo-woo. I challenge you to reach deep into the science, the unknown, the inner most recesses of your being and listen. Spend some time in your body, listening to its honest messages. It really is the most fulfilling journey you will take. 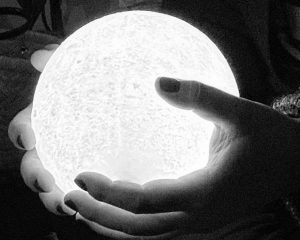 How often do we ignore
Those words of gentle warning
Why does our conscious mind
Override our own understanding.